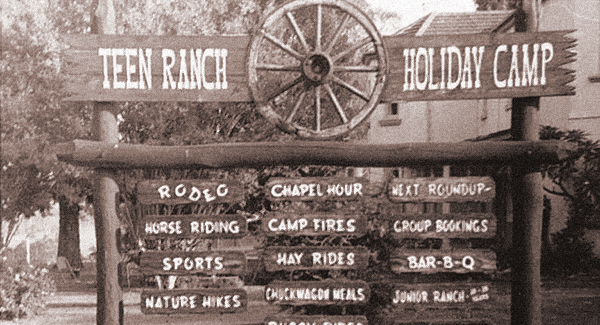 Located in Cobbitty, near Camden (one hour southwest of Sydney), Teen Ranch is a non-denominational Christian camp, registered as a non-proft charitable organisation, and has been in continuous operation since 1961. We are situated on the Nepean River overlooking the beautiful Camden Valley. Each year Teen Ranch greets approximately 6000 campers through its many camps. The full-time staff team consists of 25 people, and the volunteers number over 70 every year.